Fancy coming to the Hungarian capital for a few days? Or just interested in what is worth visiting if you ever get to Budapest? We collected the top 10 sights for you based on their rankings on TripAdvisor.

1. The House of Parliament

It is definitely the most well-known building in Hungary and Budapest as well. It is the centre of the Hungarian National Assembly which takes place in the building since 1902. It is open between 8:00 and 18:00, but make sure to check whether there is an official event there, because it closes its doors on those days. The next event like this will be on 12th November, from 10:15. You can find the House of Parliament under Kossuth Lajos Square 1-3., 1055 Budapest. For further info, check their website. 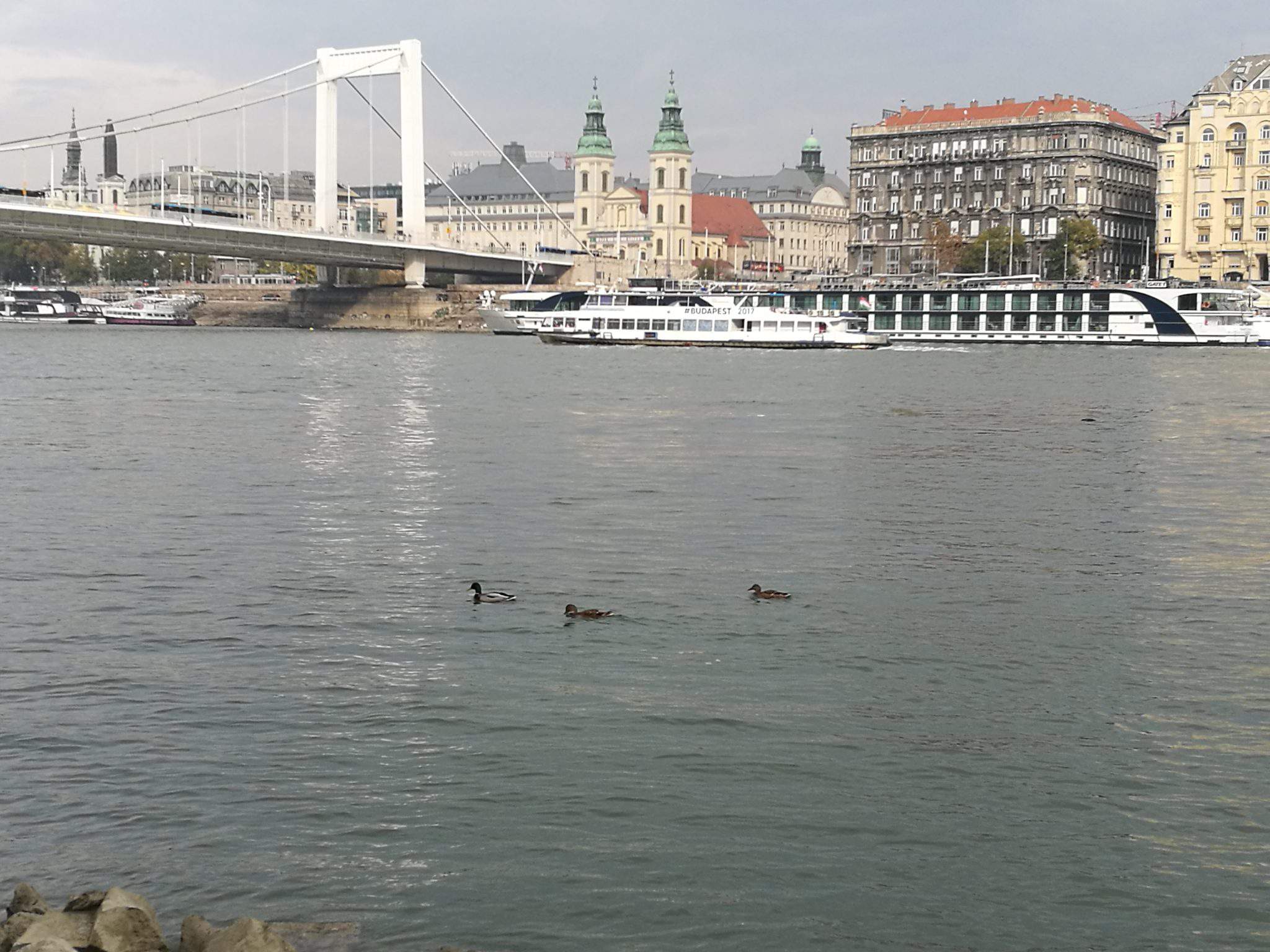 If you are already at the House of Parliament, why not take a walk on the bank of Danube? You just have to pass by the beautiful building, cross the road and, woala, you are already there! The later you get there, the better; the view is just beautiful at night, the lights, the buildings, the traffic, and the whole city make a wonderful mixture. The water level was record low a few weeks ago, but it started to rise since then. The best is: it is totally free!

Personal Tip: If you stay in Budapest for at least 3 days, buy a 72-hour ticket for HUF 4150 (approximately EUR 12.5). You can use it on buses, the subway, trams, trains (when in the territory of the city), HÉV and even ships, although it is only valid for water transport on weekdays. This will certainly make it easier to reach every attraction you want to see. 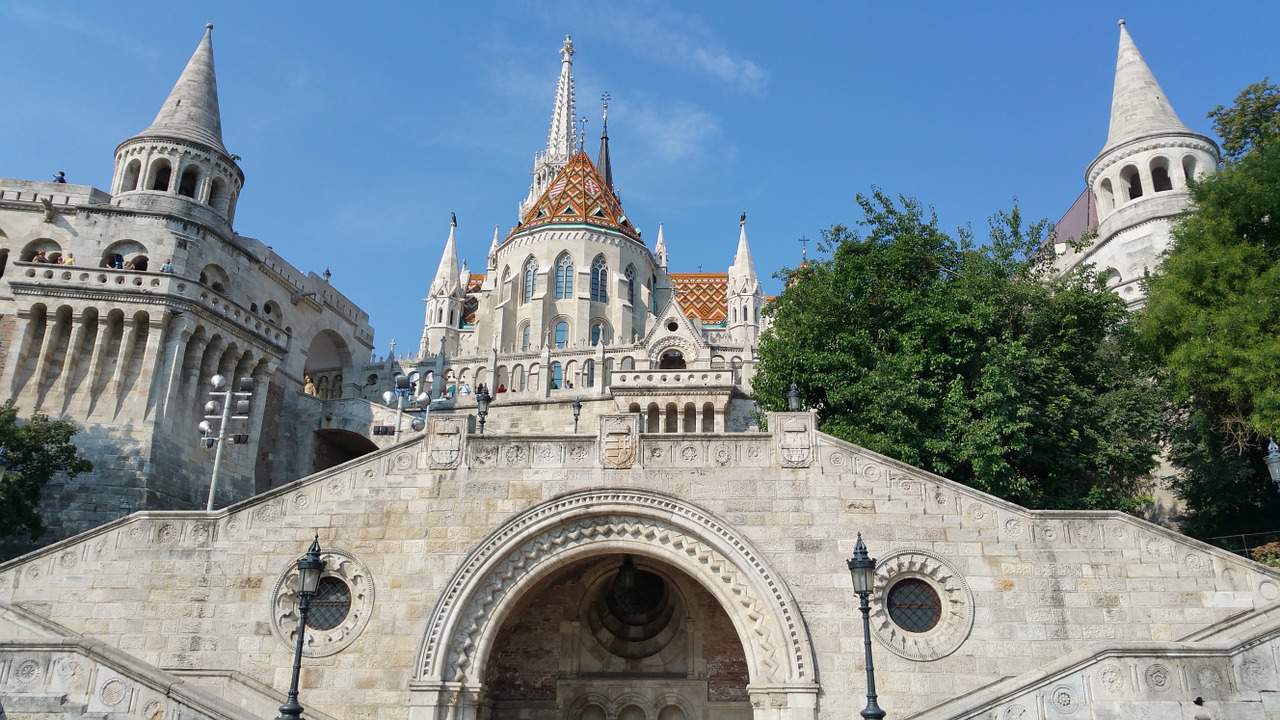 It is on the Buda side of the river, located on Castle Hill. It has seven towers which represent the Hungarian tribes settling down in the Carpathian Basin in 895. It has a great view over the River Danube, Gellért Hill and Margaret Islan. Besides the great panorama, you can admire the bronze statue of Stephen I of Hungary, the very first king of the Hungarian Kingdom. The bastion is open for visitors from 9:00 to 23:00. You can find it under 1014 Budapest, Szentháromság Square. The entrance fee here is

4. Shoes on the Danube Bank 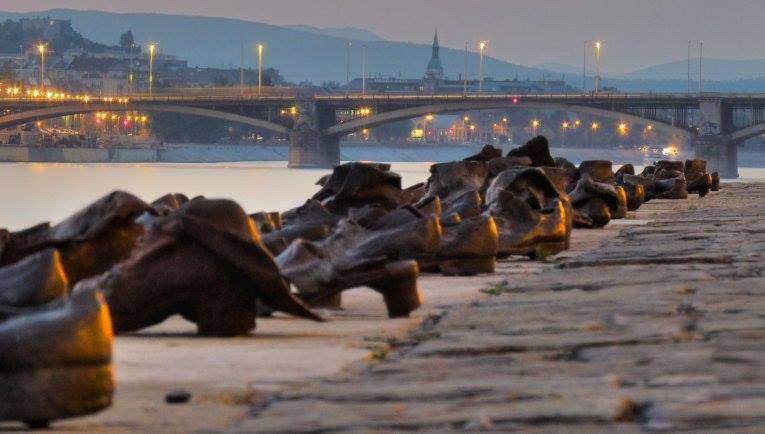 On your way to Castle Hill and the Fisherman’s Bastion, you can check out the well known shoes on the bank. This is a Holocaust memorial for the Jewish people who were shot by the Arrow Cross Police into the Danube. It was installed on 16th April, in 2005. There is a plaque as well, commemorating all the victims of the Arrow Cross terror. 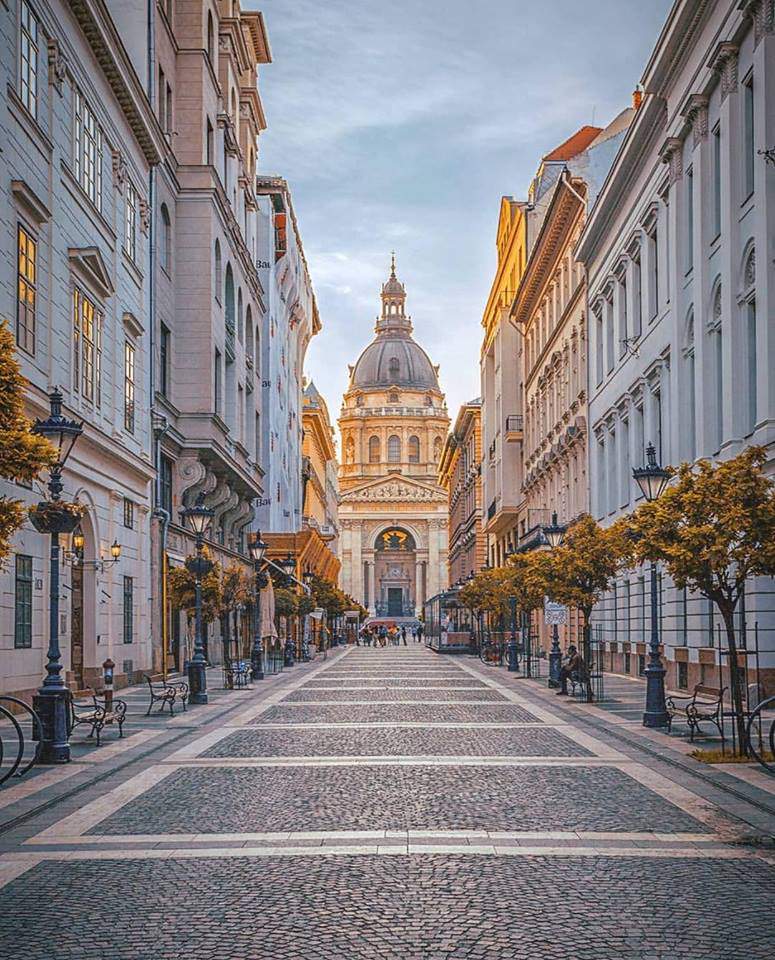 The basilica was named after our first king and founder of the Hungarian Kingdom, Stephen I.  On 20th August, the mass is held on Saint Stephen Square, outside the building. It hosts concerts as well; The own choir of the basilica performs every Sunday in the summer. See more here. 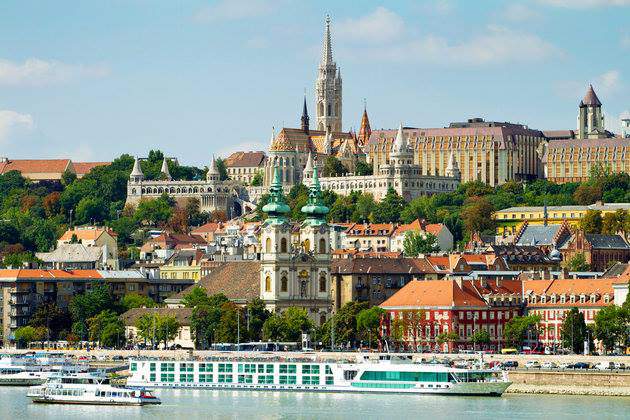 I mentioned the hill earlier, since the Fisherman’s Bastion is located here. I can only say the same: great panorama over the city. The historical castle and palace complex of the Hungarian kings was finished in 1265 and was often referred to as the Royal Palace. The castle gives room for two museums as well, the Hungarian National Gallery and the Budapest History Museum. It is linked to the Széchenyi Chain Bridge and Clark Adam Square with a funicular, which is part of the world heritage. 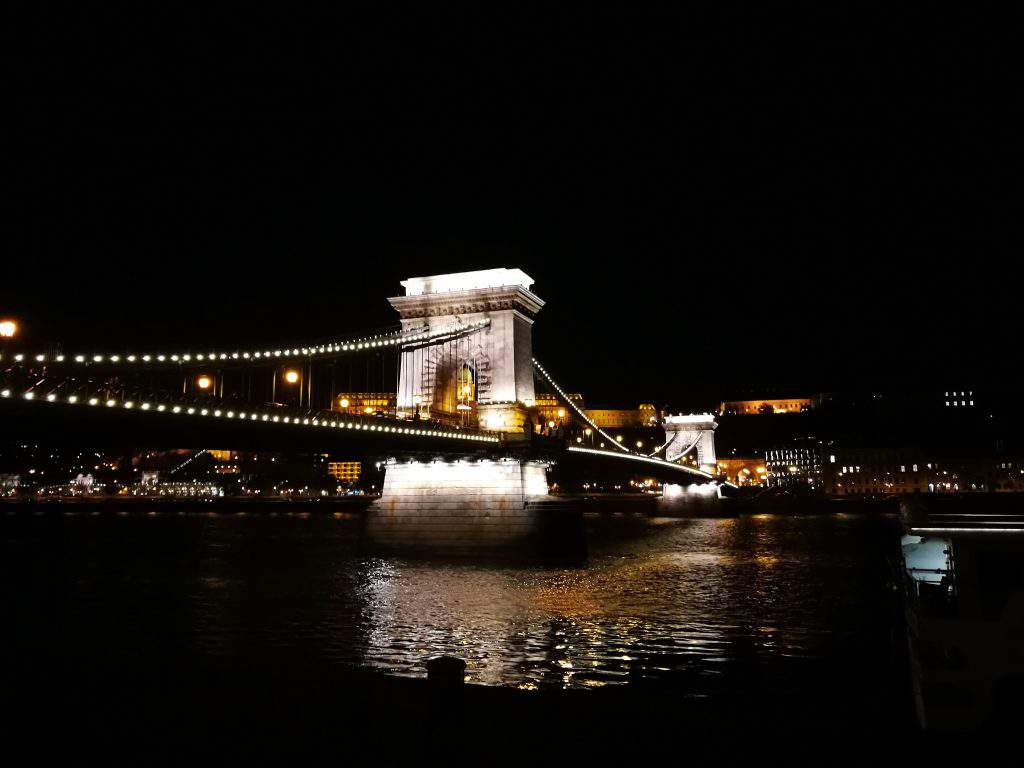 This is the first permanent bridge connecting Buda and Pest over the Danube, between Clark Adam and Széchenyi (formerly Roosevelt) square, 1013 Budapest. It was designed by William Tierney Clark, English engineer and built by Adam Clark, a Scottish engineer. It was opened in 1849. The lions at both ends the guardians of the bridge, carved by János Marschalkó. It is wonderful at night and can be adjusted into your walk on the river bank from the Houses of Parliament. 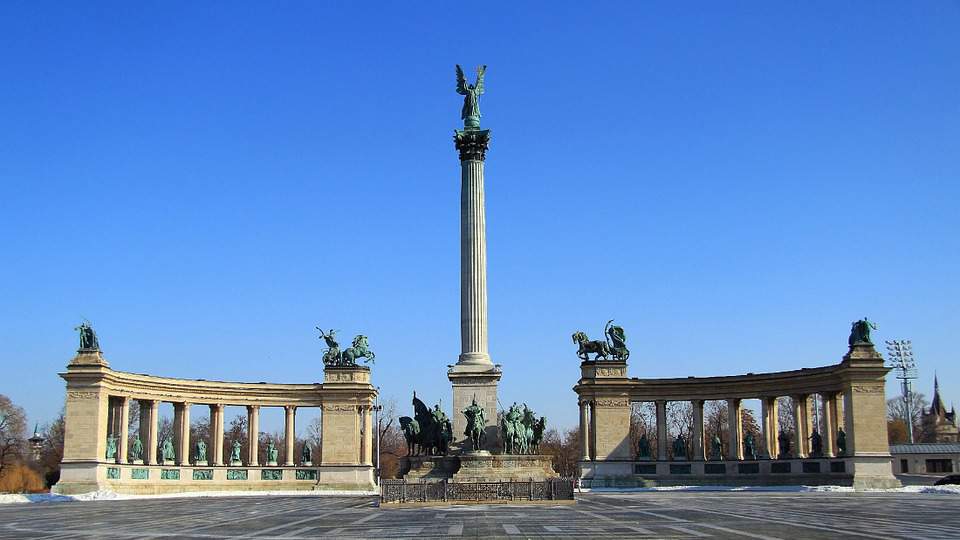 This is the largest square of Budapest which is the most famous about its iconic statues. It features sculptures of the seven Hungarian tribe leaders and other relevant people. It is located at the end of Andrássy Avenue and hosts the Museum of Fine Arts and the Budapest Hall of Art, but it often hosts political events as well. 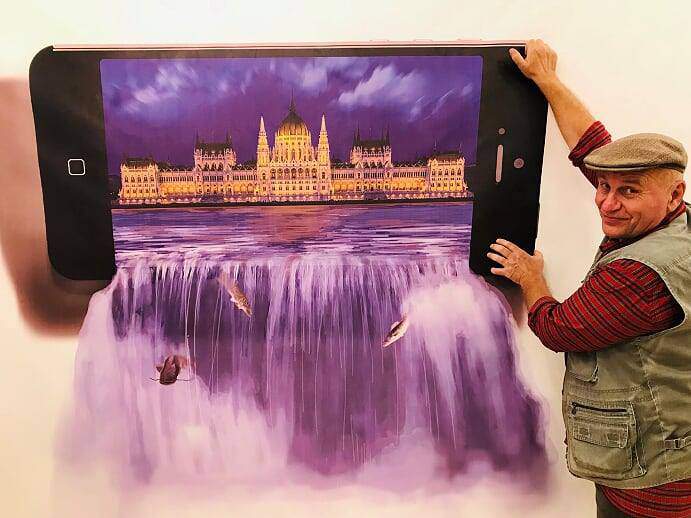 Here you can learn while having fun! They have a constantly changing repertoire of interactive paintings; the rest is up to you. You can take photographs and realise your ideas. It does not matter if you are an adult, a student or a child, you will definitely have fun here!

It is worth checking their website before going there.

If you do not want to stress yourself with making a list of sights and planning your route, you can choose from a wide range of guided private tours.  Check the list of tours here. 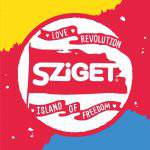 Last but not least, the biggest Central-European festival, Sziget. I left it behind because it is temporal event only, generally held Mid-August, annually. The biggest stars are headlining the festival every year and it is now sure that Ed Sheeran will be one of them in 2019. The festival takes place at the Island of Óbuda (Shipyard Island) since 1993, which is the largest Danubian island in Budapest. See more at szigetfestival.com.