The European Union has set 2020 as the deadline for member states from when they have to recycle half of their total waste. A recent report by the European Commission looked at the current situation, just about a year before the deadline. What they found is pretty depressing and does not reflect well on a number of countries, including Hungary.

The European Commission had to issue an “early warning” to 14 countries, half of the member states, who are particularly lagging behind – reports Kafkadesk. These countries, including Hungary, Slovakia and Poland as well, really need to make changes in their recycling habits in order to make the target deadline in less than two years.

A previous deadline for EU member states was 2016, by which they all had to reduce the landfilling of municipal biodegradable waste to 35% maximum. Half of Europe is still yet to reach this goal, while the next deadline, 2035, when it has to be reduced to 10%, is also fast approaching.

The title of the ‘dirtiest country in Europe’ goes to Malta, as they recycle less than 20% of their overall waste. Romania follows in second place, even though they recycle almost twice as much of their waste as Malta.

In this aspect, Hungary does pretty well actually, recycling about 35% of their total waste. Only Finland and Poland scored better on the list. 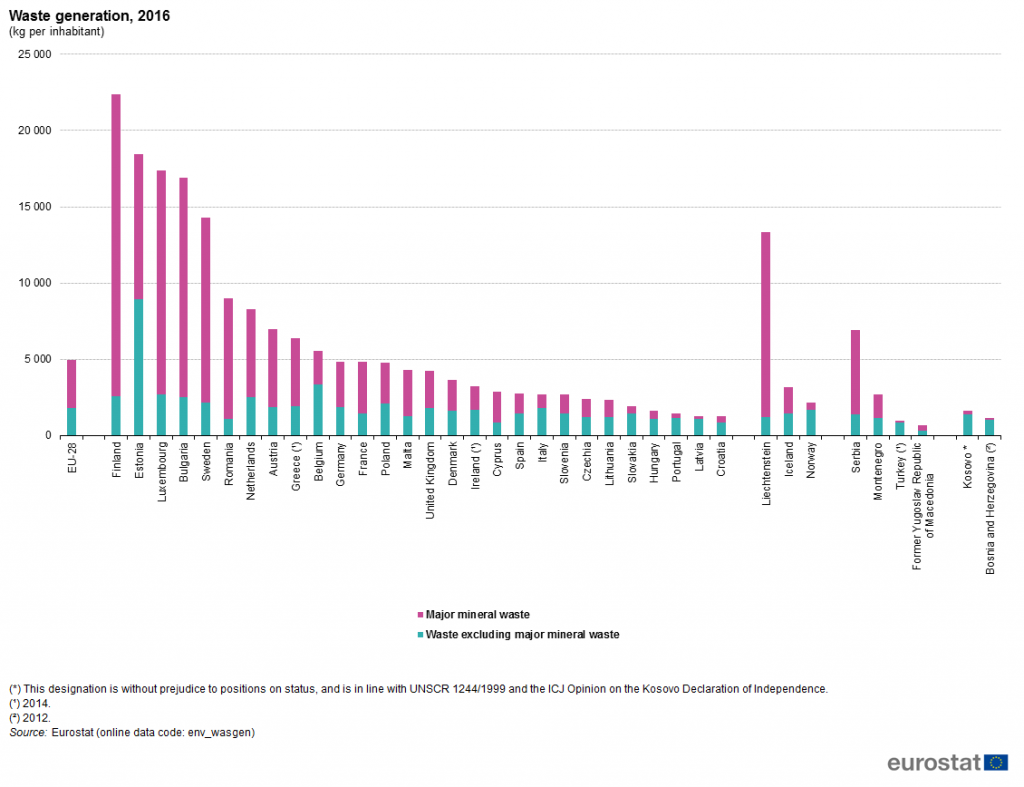 Although Central European countries are not the ones responsible for producing the most waste, they still have a ways to go to reach the target set by the EU. Neighbouring country Slovakia recycled only 23% of their waste while 65% went to landfills in 2016. Hungary was slightly better, with 35% recycled and 51% going to landfills. It was Poland, however, that got the title of ‘best among the worst’ of Europe’s recyclers, with 44% recycled and 36% going to landfills.

When it comes to recycling plastic, however, the picture changes significantly. The EU’s plastic recycling rate is 42%.

Unfortunately, Hungary is the only Central European state that is still below average with a 31% plastic recycling rate.

Some countries recycle twice as much plastic as Hungary, including Cyprus (64%) and Lithuania (75%), though Slovakia and Poland are also well ahead, with 52% and 47% respectively.

Last October, the European Parliament vouched to get rid of some single-use plastic items, including straws, plates and cutlery. Hopefully, these new regulations will boost EU countries’ motivation, and we can all celebrate reaching the target deadline.