The 30-year-old woman arrived in Hungary with more than three kilogrammes of cocaine. The case is now being investigated by the airport police.

She arrived at Budapest Liszt Ferenc International Airport on 10 February in the late hours of the night from Brazil – szeretlekmagyarorszag.hu reported. In fact, employees of the National Tax and Customs Authority (NTCA) caught her while checking her luggage.

According to the police, they found

300 pieces of condoms filled with 3,210 grammes of cocaine, all rolled into a blanket.

The street value of the drug exceeds 60M forints (EUR 190 thousand). Furthermore, this huge amount of cocaine probably falls into the category of an especially significant quantity. 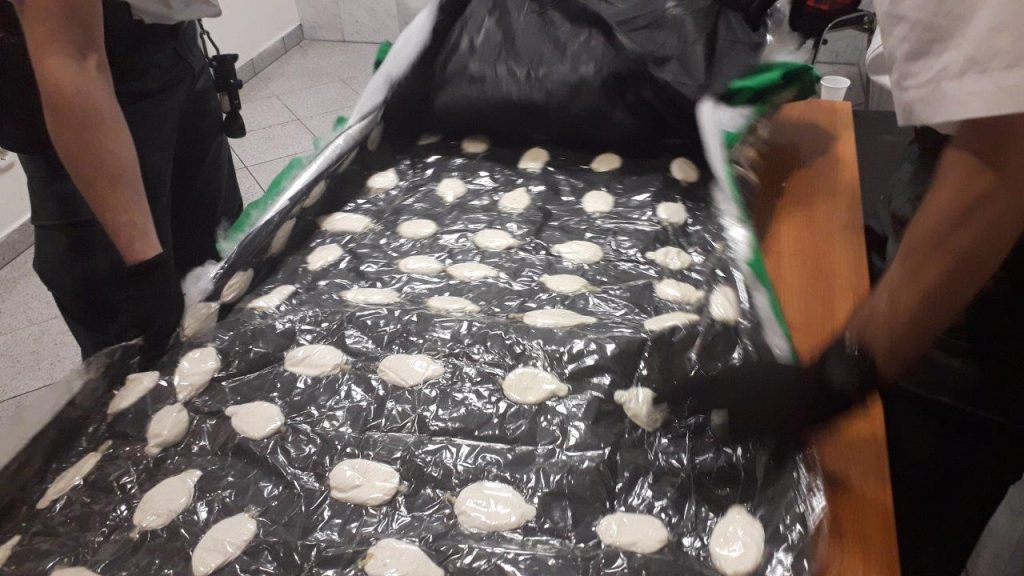 The cocaine was put into condoms. Photo: www.police.hu

She confessed to the police officers that she needed the money, that is why she agreed to carry the bag from Brazil to Hungary. The court ordered her arrest on 13 February.

This is not the first time that criminals tried to smuggle huge quantities of drugs into Hungary. As we reported before, one Nigerian and one Somalian man smuggled tonnes of drugs between 2015 and 2016 from Kenya to Budapest. Police started their investigation when, in 2016, one tonne of khat (disguised as green tea) was confiscated at Budapest Airport. In fact, a Hungarian company for which the Nigerian man worked ordered the khat disguised as green tea several times between 2015 December and 2016 April. He brought

a total of 2500 kg of narcotics into the country

on approximately 12 occasions, and they were redistributing it even in Austria, Denmark and the United Kingdom.

Of course, the opposite happens as well. We reported before about Krisztián, a Hungarian drug smuggler, who spent five years in a Peruvian prison for that reason. According to him, in 2017, when he was set free, almost three dozens of Hungarian drug smugglers were imprisoned in Peru. If you want to read about how he got home to his family and the exclusive interview he gave, click HERE.